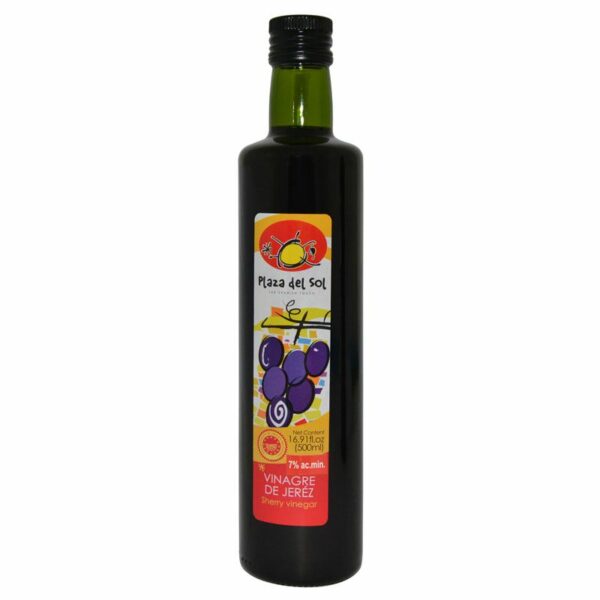 Sherry vinegar is a gourmet wine vinegar made from Sherry wine. It is produced in the Spanish province of Cádiz and inside the triangular area between the city of Jerez de la Frontera and towns of Sanlúcar de Barrameda and El Puerto de Santa María, known as the “sherry triangle”. By law the Sherry vinegar must undergo ageing in American oak for a minimum of six months, can only be aged within the “sherry triangle” and must have a minimum of 7 degrees acidity.